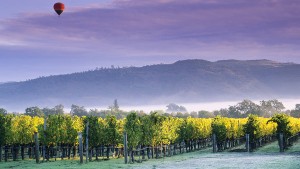 Chinese buyers thirsty for profits and prestige are developing a taste for wineries in California’s Napa Valley.

The early morning fog floats away over the imposing Mount George, revealing Joe Chuang’s rows of Chardonnay vines running across the floor of Napa Valley. Short and neat in a dark corduroy jacket and blue striped shirt, Chuang surveys the vineyard from the balcony of a pale yellow, two-storey house.
Inside, the interiors are decorated with Chinese calligraphy; Chinese characters are written on bottles of his Firefly Vineyards wine. But outside, the 12-acre vineyard is sandwiched between fields (where a Texan cowboy is storing hay) and twee wooden Napa houses with US flags hanging from their porches.

Corruption, credits and bad luck in Siberia: the crisis of Russian agriculture

In Siberia, agriculture faces crisis after crisis as small farmers find themselves in debt caused by bad weather, bureaucracy and corruption.

On 6 May 2015, Omsk’s Odessa district court began hearing a criminal case against Sergei Gordienko, one of Siberia’s most prominent farmers. Gordienko was accused of large-scale fraud, including misuse of a 2.5m rouble (£31,000) grant from the regional Ministry of Agriculture for modernisation of his farm.

If convicted, Gordienko could receive a 10-year prison sentence. The irony is, though, that Sergei and his wife Anastasia have been at the forefront of Siberian farming for the past two decades. In the late 1980s, they were the first people in the Omsk region to take advantage of the right of the rural population to land and freedom. Several years later, as the Soviet Union was collapsing around them, the first constitution of the Russian Federation enshrined this right for all Russian citizens. But the state has yet to truly implement it. And Russian farmers have paid the price.

GeoLab and ELGO Dimitra have signed a cooperation agreement aimed to foster mutual projects on agriculture matters in Greece and abroad and to support the reopening of the Olive Institute in Corfu.

Some experts say modern humans should eat from a Stone Age menu. What’s on it may surprise you.

11/07/2014 – The recent fall in prices of major crops is expected to continue over the next two years before stabilising at levels above the pre-2008 period, but markedly below recent peaks, according to the latest Agricultural Outlook produced by the OECD and FAO.

Demand for agricultural products is expected to remain firm while expanding at lower rates than in the past decade. Cereals are still at the core of what people eat, but diets are becoming higher in protein, fats and sugar in many parts of the world, as incomes rise and urbanisation increases.

The OECD–FAO Agricultural Outlook 2014-2023 says such changes, combined with a growing global population, will require substantial expansion of production over the coming decade. Led by Asia and Latin America, developing regions will account for more than 75% of additional agricultural output over the next decade.

Presenting the report in Rome, OECD Secretary-General Angel Gurría said: “Agriculture markets are returning to more settled conditions after a period of unusually high prices. This has been helped by governments showing restraint in the use of trade measures. But we cannot be complacent. We must do more – on trade, on productivity, and to tackle poverty. Governments should provide social protection for the most vulnerable, and develop tools to help farmers manage risks and invest in agricultural productivity. Achieving gains in ways that are both inclusive and sustainable remains a formidable challenge.”

FAO Director-General José Graziano da Silva said: “This year the Outlook’s message is more positive. Farmers reacted very rapidly to the high prices and increased their production so that now we also have more stocks available. We foresee that prices related to cereals will decrease for at least the next two years. The picture is different for meat and fish where we are facing growing demand. The good performance of the agricultural sector particularly in developing countries will contribute to the eradication of hunger and poverty.”